A new version of Habit, 2.2.7, is now available (download here). This version has two bug fixes that may affect you - see below.

As always, you may install this version over an existing 2.2.x version of Habit.
​

​Changes in this version of Habit

A recent change caused the run-time handling of this setting to be incorrect. If you had a phase that used habituation by total looking time, and if the looking time requirement was met during a trial, then Habit did not end the trial at that point, but instead waited for the trial to end by its ordinary means (whatever you had configured for the trial settings, for example max stimulus time, or continuous time inattentive). The post-hoc reporting on the phase still reported habituation, but the total looking time was allowed to run longer than the specified habituation time. For example, suppose you asked for total (cumulative) looking for habituation to be 10.0 seconds, and you had trials with a maximum stimulus time of 5.0s. Now, your subject had 3 seconds of looking in each of the first three trials, for a total of 9.0 seconds. In the fourth trial, the trial (and phase) should end after 1.0 seconds of looking. BUT! Due to the bug, the trial would run through its entire 5.0 seconds, and the subject could accumulate more than 10.0 seconds of looking.

Several users had problems when running experiments that had several phases. When running such experiments, the "Run Settings" dialog box didn't allow for scrolling through the available phases (for selecting stimulus orders), and some phases were not visible on the dialog. A workaround - maximize the dialog - sort of worked, but left users with a dialog that was hard, if not impossible, to read.

The fix was to add a scroll bar. The scroll bar appears automatically when it is needed. If your experiment doesn't have many phases, you may not see it. 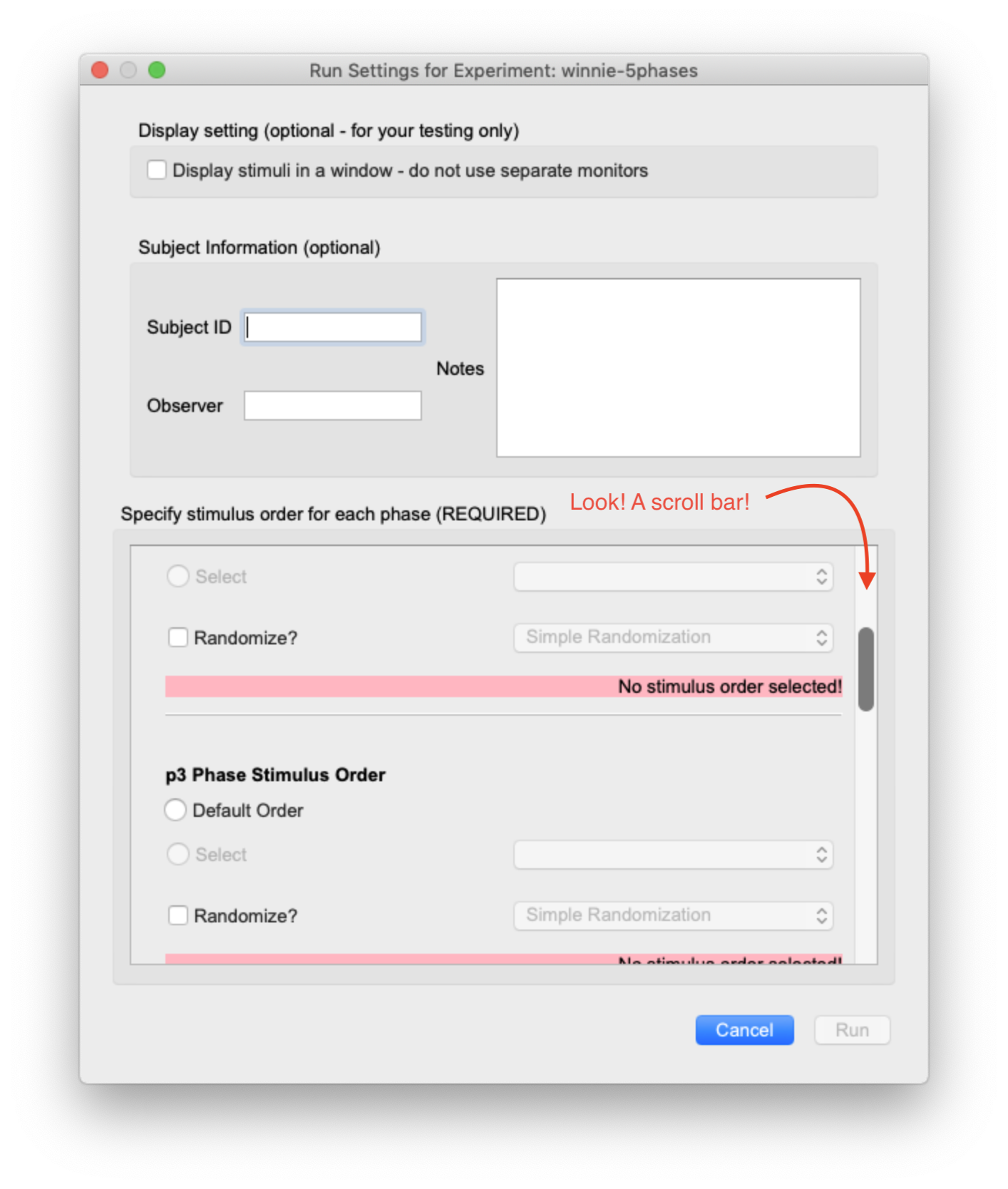